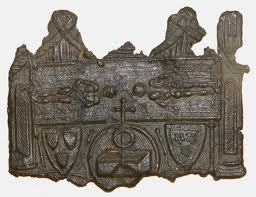 I was married at twelve into a forbidden Knights Templar family and became privy to secret knowledge of enormous scale and consequence. My name is Jeanne de Charney… and I am one of the forgotten women of the 14th century.  Unless we were Queens, history, written by men, simply ignored us.

My father was a minor member of the French Nobility, one of the three classes of people: Nobility (which included Royalty), clergy, and peasants.  A fourth class, the merchants, was beginning to rise at this time, upsetting the status quo, confusing Nobles and peasants alike, and adding another layer to the complexities of our life.  The parameters of my daily life were defined by the Code of Chivalry, our Court Astrologer, and the Church.  Men were created in God’s image.  We women were not.  At Mass every morning, we dutifully covered our heads so that our presence would not offend God.

In the Year of Our Lord 1314, a quarter of a century before I was born, King Philip the Fair ordered the Templar Grand Master, Jacques de Molay, and his most-trusted Knight, Geoffrey de Charney, burned.  My husband was very young when that happened, but he remembered it well because Geoffrey de Charney, the Templar Preceptor of Normandy, was his uncle.  As de Molay was burning, he cursed the Pope and the King.  No one dared speak openly of this, but we all knew it as the Templar Curse.  The Pope destroyed de Molay’s ashes and nullified the Templar Order; officially, the Knights Templar were no more.  In truth, they lived on in secret, and so did the Curse.

Eleven years before I was born, King Philip VI became the first King of the Valois Dynasty.  Many French Nobles, France’s neighboring states, and England, did not agree with the succession.  For advice, Philip VI relied heavily upon my husband, Lord de Charney.  So powerful was my husband that during his lifetime, he was known as the “Uncrowned King of France.”

When I was seven, the English won a devastating land victory against us at Crécy; it sent shock waves throughout French Knighthood.  King Edward of England believed that he was the rightful King of France.  The third element in this power struggle for control of France during my lifetime was King Charles of Navarre. All his life, Navarre vacillated in loyalty between England and France, always scheming to get the French crown – of which my husband said he was probably the rightful heir – for himself.

When Philip VI was called to His Maker, his son John became King of France.  As the premier advisor to King John, Lord de Charney was thrust into a position of great power.  The year after John became King, when I was 12, I was chosen to be married to the great Lord de Charney, who was then 45, placing me at the epicenter of French politics.  By marriage, I was caught up in an elite, extremely secret Knights Templar group; some of its members claimed their bloodline from Sarah, the daughter of Jesus and Mary Magdalene.*

Throughout my life, existence in France became more and more precarious, until finally, the English ruled in Paris and our Crown Prince, the Dauphin, cowered in the south of France, afraid not only of the English, but of his own uncles.  My story is a unique window into the lives of the people who lived during this difficult, exhilarating, frightening time.

*Both the non-fiction book, Holy Blood, Holy Grail, the Secret History of Christ, by Michael Baigent, Richard Leigh, and Henry Lincoln, and the novel, The Da Vinci Code, by Dan Brown, are based upon this.